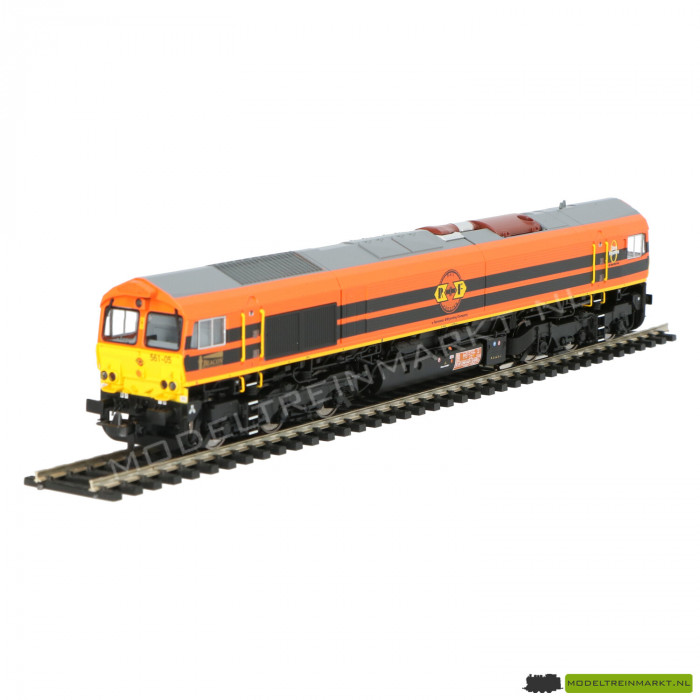 The class 66/77 is equipped with a load dependent, synchronised smoke generator, which – subject to the actual load – generators different amounts of smoke. The integral sensors assuring prototypical sounds in curves, is controlled by the LokSound 5 decoder. Besides DCC with RailComPlus® this jack-of-all-trades also supports the M4 protocol and registers automatically with the ESU ECoS or the Märklin® central station. Since it also supports Motorola® and Selectrix® the ESU class 66/77 can be controlled with any popular command station.

The integral PowerPack energy storage assures trouble-free operation even on dirty tracks. The typical sound of the two stroke diesel engine is reproduced perfectly by two quality loudspeaker emitting sound through two etched air grills on the roof. Complete lighting including cab lighting, driver´s cab-control panel and appropriate lighting for shunting mode with warm white LEDs rounds of the outstanding technical features. All possible lighting scenarios known from the prototype can be displayed including the Belgian “blinking warning lights” typical for that country as well as the two headlight mode.

The chassis and the housing of the model are made of high quality metal contributing greatly to the weight of 590 grams assuring adequate pulling power. The ESU models replicate all variations of the different production runs. Thus the ECR locomotive has air conditioners on the roof, wind shields on the side windows and rectangular buffers.  As is the case on the prototypes you will find different types of covers for the battery compartments.

The class 66 and 77 are technically typical hybrid models. The wheel sets with an inner spacing of 14.1mm allow trouble-free operation on both, 2-rail or 3-rail tracks. For 2-rail tracks you only have to remove the centre pick-up with the tool provided. That´s it.

Set into the chassis is a five pole skew wound precision motor with optimised “silent” commutator – developed by ESU. This provides power tamed by two flywheels via a combination of worm gear / helical gear box to four of the six axles. LEDs mounted on the boogies facilitate realistic flicker during braking. 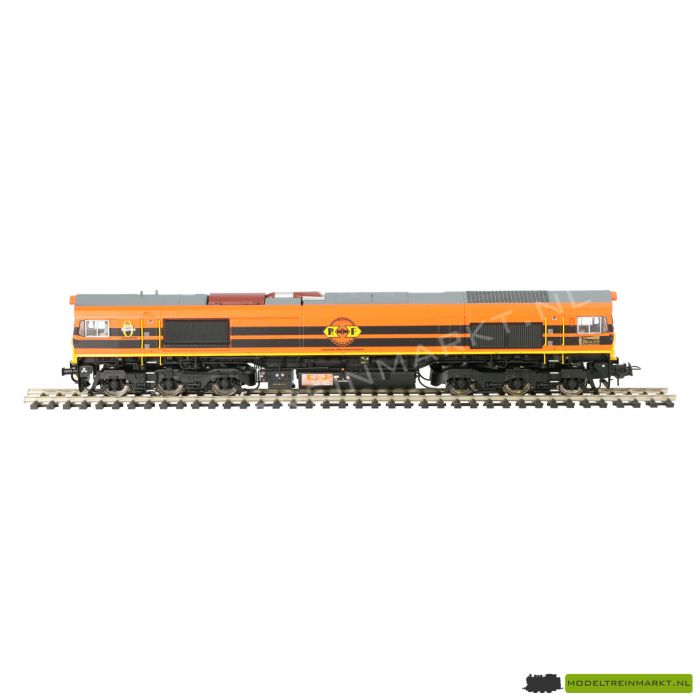